Message Sent
Thank you for your inquiry. We will respond to you as soon as possible.

One Gift
A Lifetime Investment

Let us help you tailor your charitable gift to your financial, tax or estate planning objectives

You are at: Planned Giving > News > Finance News 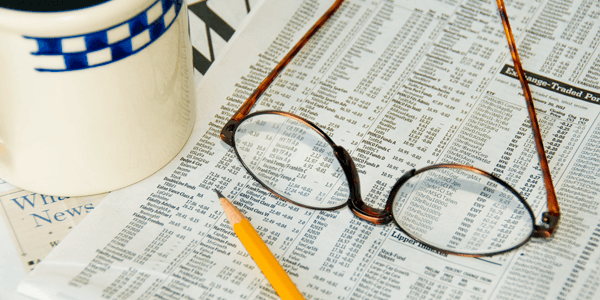 Revenue for Delta's third quarter increased to $13.82 billion. This is up 10% from $12.54 billion in revenue during the third quarter of 2019 and is above the $13.57 billion analysts predicted. Delta continues to compare its results to 2019 to track its progress of returning to pre-pandemic levels.

"I would like to thank our entire team for their outstanding work during a challenging operating environment for the industry as we work to restore our best-in-class reliability," said Delta's CEO, Ed Bastian. "Their performance coupled with strong demand drove nearly $2 billion of free cash flow as well as profitability in the first half of the year, and we are accruing profit sharing, marking a great milestone for our people. For the September quarter, we expect an adjusted operating margin of 11% to 13%, supporting our outlook for meaningful full year profitability."

The company experienced a rise in travel demand during the third quarter with domestic travel leading most of Delta's recovery. Domestic travel revenue increased by 3% or $8.31 billion during the quarter. International passenger revenue represented an 81% recovery compared to the same quarter in 2019. While travel demand rose, Delta's costs for each seat increased 22% to $12.76 million and its fuel expenses grew 41% or $3.22 billion compared to 2019, causing capacity to decrease 18% during the quarter.

JPMorgan posted quarterly revenue of $30.72 billion, missing revenue expectations of $31.81 billion. Revenue was up 1% from $30.48 billion at this time last year.

"The U.S. economy continues to grow and both the job market and consumer spending, and their ability to spend, remain healthy," said JPMorgan Chase CEO, Jamie Dimon. "But geopolitical tension, high inflation, waning consumer confidence, the uncertainty about how high rates have to go and the never-before-seen quantitative tightening and their effects on global liquidity, combined with the war in Ukraine and its harmful effect on global energy and food prices are very likely to have negative consequences on the global economy sometime down the road."

The world's largest Wall Street bank saw a 32% decrease to $788 million in investment banking revenue during the quarter. Banking revenue also fell 37% to $3.2 billion in the quarter. Equity markets revenue increased 15% to $3.1 billion. Total markets revenue increased 15% to $7.8 billion and fixed income revenue rose 15% to $4.7 billion. The company announced that as a result of its recent stress test, it has temporarily suspended share buybacks in order to build capital and maximize flexibility for its customers.

PepsiCo posted quarterly sales of $20.23 billion, exceeding analysts' expectations of $19.51 billion. This is up from $19.22 billion reported at the same time last year.

"We are pleased with our results for the second quarter as our business momentum continued despite ongoing macroeconomic and geopolitical volatility and higher levels of inflation across our markets," said PepsiCo CEO, Ramon Laguarta. "Our results are indicative of our highly dedicated employees, the strength and resilience of our categories, agile supply chain and go-to-market systems and strong marketplace execution."

PepsiCo's subsidiaries include brands such as Frito-Lay, Quaker Foods, Tropicana and Gatorade. Frito-Lay North America's revenue grew to $5.18 billion from $4.55 billion last year. Quaker Foods' revenue increased to $675 million from $575 million one year ago. PepsiCo Beverages North America fell slightly to $6.12 billion as compared to $6.16 billion during the second quarter in fiscal 2021. In its guidance for the full year, the company increased its expectation to 10% in organic revenue up from its previous estimates of 8%.

U.S. Treasury yields rose throughout the week as markets reacted to the latest inflation data. Yields saw a slight dip on Friday, whilst unemployment numbers increased more than expected.

On Wednesday, the U.S. Department of Labor announced that the consumer price index, which measures the cost of dozens of everyday consumer goods, rose 9.1% year-on-year in June, marking the fastest increase since 1981. This was higher than analysts' estimates of 8.8% growth in inflation for June.

"CPI delivered another shock, and as painful as June's higher number is, equally as bad is the broadening sources of inflation," said corporate economist at Navy Federal Credit Union, Robert Frick. "Though CPI's spike is led by energy and food prices, which are largely global problems, prices continue to mount for domestic goods and services, from shelter to autos to apparel."

On Thursday, the U.S. Department of Labor reported that initial claims for unemployment increased to 244,000 for the week ending July 9. This was 9,000 more than the previous week's revised claims of 235,000 and was more than market estimates of 235,000. This represents the highest level of claims in over eight months.

"Rising jobless claims may be a first sign of a loosening labor market, but with openings still very elevated it is hard to view the market as anything but tight," said an economist at Citigroup, Isfar Munir. "A sustained rise in claims is often a leading indicator of recession, but it would be premature to take away that message at this point."

Freddie Mac released its latest Primary Mortgage Market Survey on Thursday, July 14. U.S. mortgage rates continue to rise to the highest levels in over a decade as record inflation continues to impact the housing market.

"Mortgage rates are volatile as economic growth slows due to fiscal and monetary drags," said Freddie Mac's Chief Economist, Sam Khater. "With rates the highest in over a decade, home prices at escalated levels, and inflation continuing to impact consumers, affordability remains the main obstacle to homeownership for many Americans."

Let us help you with your gift plans